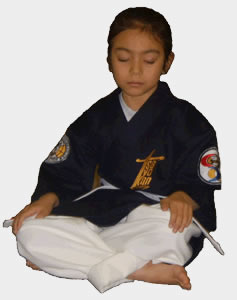 So how much is all this training going to cost? The short answer is: it depends. Schools are free to charge whatever they want for their instruction. How much they charge is a function of how much they think their instruction is worth, how expensive goods and services are in that area, and what their expenses are. Small “Garage Dojos” with little overhead have been known to charge as little as £ 20 a month per student (2 times a week average) , while instruction at other studios in comparatively expensive cities (such as London) could cost hundreds of pounds per month.

The issue is further complicated by bringing in differences in national location. In other words, what is reasonable for a big city in Turkey is not necessarily equal to what would be reasonable in a big UK city. Thus, it is not really possible to accurately predict how much you will be expected to pay at any given school in any given location. However, currently it is not seen as unreasonable for schools to charge between £ 40 and £ 75 a month. In some rare cases, instructors will not charge at all. This is often true for groups that meet in the park, such as some taiji (Tai Chi) groups. Further, it should be noted that the PRICE of the instruction is not always a good indicator of the QUALITY of the instruction. More on this in “What Not To Look For.”

Doubtless, you have noted that We’ve been speaking of monthly charges. This is the most common way to pay: month by month. However, there are other options with most schools. Often you may receive a discount for paying ahead in 3, 6, or 12 month blocks. Some schools offer contracts and some pay as you go.

A short discussion of contracts is warranted. Many martial artists are wary of school contracts. Contracts have been known to be used by scam artists in the past or, occasionally by legitimate martial artists who will “stick it to you,” enforcing payment terms of the contract should you wish to be “out” of it for whatever reason. However, there are many legitimate uses of contracts by martial arts schools. They can reduce costs for the instructor and free him from tedious billing issues that can distract him from teaching martial arts. Don’t let the option of a contract dissuade you from any particular school but be wary of schools that _require_ a contract (and will not give you a month-to-month option) or contracts that guarantee “black belt” within a given time frame.

You should note that training fees may not be the only fees associated with your martial arts selection. Other fees often include fees for rank testing. How much you pay for rank testing varies from art to art and from school to school. Usually, earlier ranks are less expensive and more advanced ranks are more expensive. You might be asked to pay £15 for your first test and work your way up to £ 100 or more for your “black belt” test. Some schools charge you the testing fee regardless of whether or not you pass your test while others only charge you the fee if you actually pass.

Another “hidden cost” often seen in the martial arts is that of equipment. Some martial arts require you to purchase a uniform (ABA for Sayokan, Gi for Karate ). Inexpensive uniforms for striking arts such as karate can be had for £ 20, heavier-weight uniforms for grappling arts such as judo start at £ 50. Prices for the divided skirt and top used for some other arts such as kendo start at around £ 70. Advanced students can pay as much as £ 100 for a high-quality judo uniform, around £ 300 for a high-quality kendo uniform. Your instructor should be able to help you find an appropriate uniform or point you to where you can buy one.

But your equipment costs may not end there. You may be required to purchase safety equipment such as sparring gloves, shin pads, and head gear, or you may be required to purchase various “weapons” used during practice such as staffs, swords, or knifes (usually a training “safety” variety). Take heart though. Most schools have “loaners” available until you can purchase your own.

You may also be required to join an organization and pay membership fees. These are typically an umbrella organization that certifies the instructor in their martial art. They can point you to affiliated schools that will recognize your hard won rank and continue your training should you be forced to move or be traveling abroad. These membership fees or dues are typically on the order of £20 – £ 50 a year. Some organizations have a lifetime membership program (or are lifetime memberships by default), others are variations or only require yearly dues for “black belt” rank and above. Your instructor will be able to tell you the details of his organization, should he be a member of one. Be sure to ask about parent organization dues before you join a martial arts school.

OK, so now you’re paying all this money for training, equipment costs, dues, testing fees, and the like… how do you know you’re not getting ripped off? Well, like everything else, shop around. Find out what other schools are charging for these goods and services. Some “red flags” include schools that require you to buy only their branded uniforms and gear, require you to sign long contracts, have no “move refund” option in their contract, or high-pressure sales pitches. If it feels like you’re buying a used car and the salesman insists you sign the contract now, smile politely and head for the door.

So what are some of the things you should look for or ask about when visiting a school? Number one, ask about the class schedule. If classes only meet when you can’t attend, it crosses the school off for you.

Another thing to look for is who is teaching the classes. Often, the person teaching your class won’t be the head instructor. Frequently the head instructor will have some of his advanced students teaching classes. This is particularly true if the school you choose has separate classes for lower ranked and higher ranked students or if they have a “new student” class. Don’t let this dissuade you. Often instructors teaching “new students” are doing so because they have shown an aptitude for helping new students learn the basics of an art, perhaps even beyond that of the head instructor. The ability to teach a physical skill is often dissociated to some degree from the ability to actually perform that skill at high levels. Most professional boxers could whip the tar out of their coaches even though their coaches know how to box. While on the topic, find out if there is an “introductory” or “getting started” class or course. This can be a good way to get up to speed quickly with the basics of an art or to “sample” that school.

While visiting a school, spend some time talking to the students before or after class. Talk to both high and low ranking students, they’ll have different perspectives. Spend some time understanding the atmosphere of the school, it will take more then one brief visit. Some are strict disciplinarian and some are easy camaraderie. Again, don’t assume that the instructor that runs his school like a drill sergeant produces fine martial artists while a more easy going school is lax or lackadaisical. They are simply different teaching styles and one may be more appropriate to your needs then the other.

Another thing to take note of is injuries. Let’s face it, martial arts are inherently dangerous. They are martial and no matter how safe you train or what safety equipment is used, there is a risk. There are bound to be some injuries. However, the nature and frequency of the injuries are what you should consider. A black eye is far different from an injured joint and if broken bones occur frequently, that may indicate a problem. You can’t train while recovering from some injuries. Some injuries are permanent and will affect you the rest of your life.

Finally, though uncommon, some schools have an “enrollment period.” They operate like college classes in that you can only join at certain times of the month or year.