Years ago, I bought myself an Apple computer: a MacBook. It looked sleek and eye-catching. People who used the MacBook looked like they were from another planet. They behaved in a way that hinted that they were elite. Of course, it had its price tag.

I have been windows user all my life. I love Outlook as my email program, Microsoft Office for professional work and zillions of other programs for various tasks.

MacBook had its own ecosystem. As soon as I started to use it, I hit a roadblock.  Basically, nothing which I had previously used, was working on it. I got extremely frustrated and tried to find ways to carry my working environment onto my MacBook.  This effort was a total failure, so I ended up using a virtual windows machine on apple to run windows and do my work. Within a year I lost it during a trip to Bangkok and that was the end of my short-lived MacBook experience.

After that, I resisted buying expensive iPhones and Apple products except for buying an iPod for my daughter. She was very happy with it and could also connect to the internet etc.   However, one day it stopped working. It simply didn’t charge.

We went to an Apple store to investigate. They said I couldn’t buy a replacement battery as it was integrated.  Instead, they would have to replace the whole internals and that this would cost nearly as much as a new one. I was really upset and told my daughter that this was an unacceptable business practice. She was happy to let go of it. So, we put it to rest at home as a souvenir.  (We both like keeping our old phones, gadgets etc. if we can!)

However, six months later, I had an urge to try charging it again for some unknown reason. To my surprise, it charged and started to work.

Could it be that these devices are programmed to stop working after a certain time to force people to renew the batteries (or make a software switch)?

In old computers, we had internal ROM batteries and sometimes we had to take them out to reset the computer. I am wondering if in 6 months we totally drained any tiny little energy left in iPod and it did reset itself!

Last year I had the idea of experimenting with Podcast publishing. It was new to me and after some search, I bought the gear, all excited and ready to go.

All were compatible with windows (pre-checked) but I couldn’t get them working. Try as I may, I became really frustrated. With Windows 10, Microsoft had a decent OS which basically worked nicely without any major disruptions. It wasn’t the case with my gear.

I had these frustrations with windows since the DOS years and tried to change many times but with even more frustration went back to windows. I tried MacOS, Linux, Solaris, IBM OS/2 and in olden days even Vax VMS (which weren’t on PCs, unfortunately, but I loved and still think it was the best OS on the planet).

I remember getting hold of first IBM OS/2 with great joy which soon became a misery. 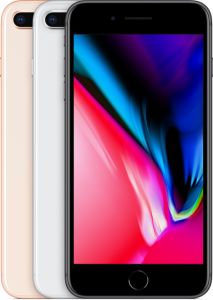 So as a result of this, I decided that maybe it was time to try the MacBook again.  In recent years, I had also bought iPhones for my children as they had demanded nothing else and had seemed happy.

I decided to shake my system and give my brain a challenge, something to adapt to and expand into. For this I needed to invest in it and at the same time burn all the bridges so that I couldn’t just change my mind.

I bought a MacBook Pro, the top end with all the bells and whistles. Followed by a top spec iPhone 8+.

In theory, I should have been able to use Microsoft Office as a native program, sync all my emails, contacts, calendars etc. to get all my equipment working. What a bliss I thought!  I was wrong.

The nightmare began when I installed Microsoft Office and started to set up emails in Outlook. There was no way I could add different .pst folders and separate my email workspace for each area of my work/personal life. One can’t even find where pst files are stored! Not easily anyway.

The nightmare continued with the file copying issue. Because I had 512 GB SSD (Apple is extremely mean with storage and using it as a price stick), I only wanted to copy my necessary working files and use an external drive as and when I needed to. To my horror, I discovered that the iOS file manager was way inferior to any other OS file manager. I lost many files thinking that they had been successfully copied.

Anything I copied had the same folder name, did not add onto it but replaced the whole folder. If I wanted a decent file manager, I realized I would have to pay for it as a third-party app. It was followed by many other utilities which I took for granted on Windows.

If you think you could transfer files using a phone? Try. Sadly, it was not a simple drag and drop.  So, I used the OneDrive app to have my files on iPhone.

Want to change your ring melody using music you have already? Near impossible. Unless you go through Apple system and use their music.

Buying some programs and downloading inferior versions of others, I managed to create for myself a working environment, but which was extremely restricting for me.

The idea of having my phone and computer synced the way I like is a long-lost dream!

I have 1TB OneDrive cloud storage and like to use it for everything including syncing my phone. Can I do that? Of course not, since Apple will not allow me and constantly sends me messages to subscribe to iCloud.

Apple computers and iPhones are only good for certain tasks and for people who are happy to be tied into an ecosystem which some people say is a money trap.

I have nothing against the quality of the machines. But the company makes them totally inflexible. I feel hemmed in; the devices are extremely closed in terms of the software and hardware.

I saw a friend who is running Windows 10 on a MacBook and it works great. He uses dual boot not a Windows virtual machine.

In order for me to have a dual boot, I would need to upgrade my SSD disk to 1-2 TB. The cost is huge and for that money, I can buy the same spec Windows computer.

The only good thing for me is that all my Podcast equipment is finally working! But having to invest in all this equipment purely for that makes it a false investment.

There’s only ONE consolation.  People do turn their heads when I take out my MacBook Pro in public places such as airports, cafes etc. ?